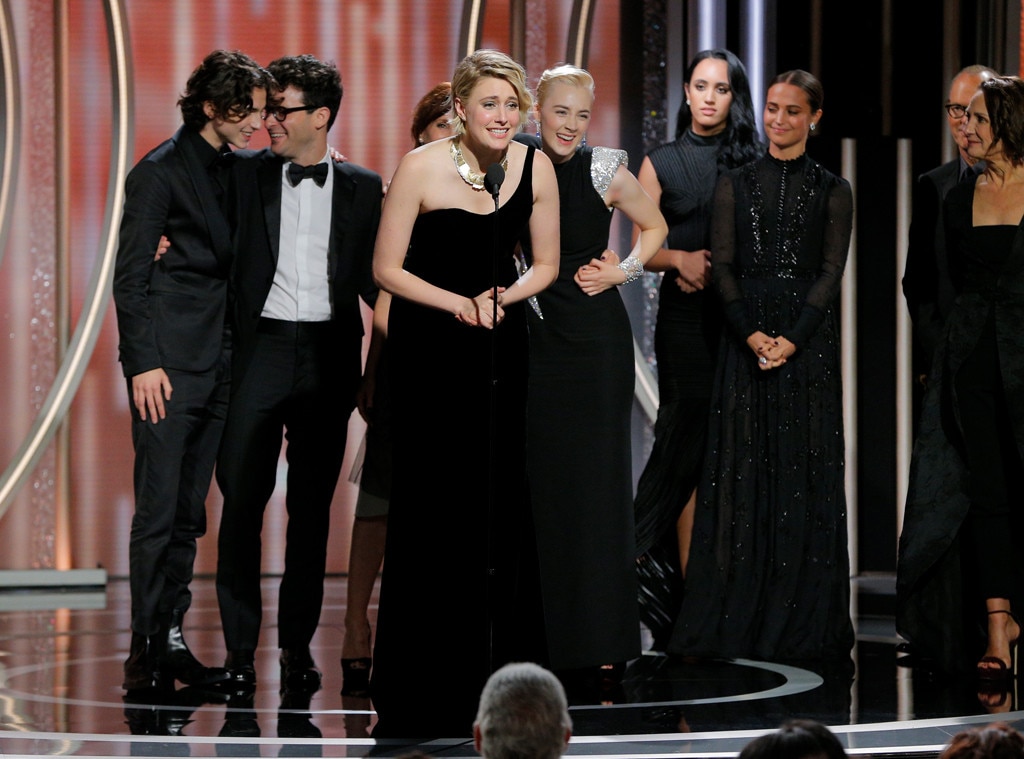 Well, the Golden Globes were last night and the most surprising thing was that they weren't all that surprising! As expected, "Lady Bird", "The Shape of Water" and "Three Billboards Outside Ebbing, Missouri" had a good showing, with the latter leading the way with wins for Picture, Actress, Supporting Actor and Screenplay. In a night of protest against sexual misconduct, that film certainly reflected the zeitgeist in a major way. There's still a long awards journey ahead however, as I sense a potential backlash brewing. The Academy may decide to go for the less problematic "Lady Bird", which won the other Best Picture prize for Comedy/Musical, to go along with Saoirse Ronan's Best Actress win. Of course, the Golden Globes sometimes go their own way in relation to Oscars, so the following winners may or may not be your frontrunners. Here they are:

BEST ORIGINAL SONG
This Is Me - The Greatest Showman

BEST FOREIGN LANGUAGE FILM
In the Fade
Shane Slater at 6:43 AM