FYC: Christopher Rouse, Catherine Martin and "Over The Love"

This "For Your Consideration" series is my wishlist of sorts for the upcoming Oscar nominations. In anticipation of the final day of voting (January 8th), I will be posting daily FYC articles until that day. Each will focus on 3 separate Oscar categories, highlighting one film/film element per category that deserves consideration. Please note that these are not necessarily my favourites for each category. They are instead an assortment of memorable films/elements that were breakthroughs or surpassed my expectations. You'll notice that some of them are already in the awards conversation, while others are fringe contenders without much of a chance. Regardless, I believe they are all deserving of Oscar nominations based on the quality of their work. Best Editing
Christopher Rouse, Captain Phillips
"Captain Phillips" is a riveting examination of the economic divide between the North and the South, but at its heart it's just a damn good action movie. Much of that is due to the directing, writing and crucially, the editing. Pacing is key to this film, as it seeks to convey the urgency of the hostage situation at hand. Christopher Rouse succeeds tremendously at this, as the film briskly breezes through its considerable running time. There's a reason why the final scene is so effective. Up to that point, you had no time to ruminate over the deeper psychological effects of the film's central crisis. The final cut to that pivotal moment is therefore crucial and Rouse absolutely nailed it. He served up Tom Hanks' "Oscar clip" on a silver platter! 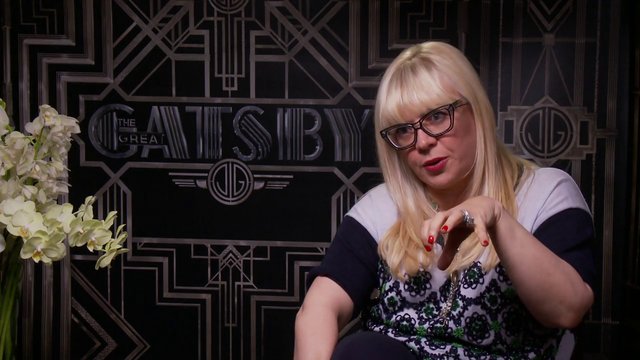 Best Costume Design
Catherine Martin, The Great Gatsby
Best Costume Design is often the most predictable category, as it usually comes down to "Best Dresses". Of course, women's clothing naturally allows for more creativity so it's expected that the focus lies there. However, men's wear can be interesting too and such is the case in "The Great Gatsby". Taking her cues from the novel ("I've never seen such beautiful shirts before"), Catherine Martin did a splendid job outfitting the male cast, especially the title character. Yes, the women look sensational as expected but they aren't as memorable as the sight of Leonardo DiCaprio in that pink suit. Special shoutout also goes to his comfy looking cream sweater. Can someone please tell me where can I buy it? I have no doubt that Catherine Martin will pick up her 4th Oscar nomination and it will be well-deserved...and not only for the dresses.

Best Original Song
"Over The Love", The Great Gatsby
"The Great Gatsby" has one of the best soundtracks of the year and most of the attention has been given to Lana Del Rey's "Young and Beautiful". In my opinion however, there's a superior song on that same album and it's Florence and the Machine's "Over The Love". While I understand the support for the former, I personally find its lyrics a bit generic (it wasn't even written for the film originally) and the melody a bit simplistic. In comparison, "Over The Love" has those soaring vocals of Florence Welch and the more "Gatsby" specific lines like "there's green light in my eyes". In the context of the film-related Academy Awards, "Over The Love" is clearly the better representative for the film. "Young and Beautiful" captures the sombre, melancholic tone of the novel, but "Over The Love" better reflects the heightened drama of Luhrmann's film.