"Oldie Goldies" is back after a long hiatus and this week I'll be looking at the 1940 George Cukor film "The Philadelphia Story". This romantic comedy is about a rich woman (Katharine Hepburn) who gets entangled with a trio of men on the eve of her remarriage. It features a starry cast who all give radiant performances, especially Hepburn. It went on to receive considerable attention at the Oscars with 4 nominations (Best Actress, Best Supporting Actress, Best Director, Best Picture) and 2 wins (Best Actor and Best Screenplay).

"You're lit from within, Tracy. You've got fires banked down in you, hearth-fires and holocausts." 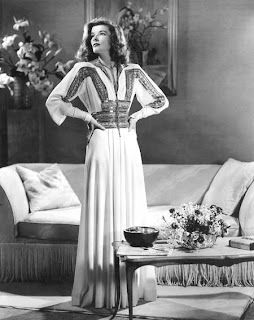 Did you know?
Hepburn wanted Clark Gable for the Dexter Haven role and Spencer Tracy as Macauley Connor, but both had other commitments.
Shane Slater at 6:13 PM