REVIEW: The Worst Person in the World 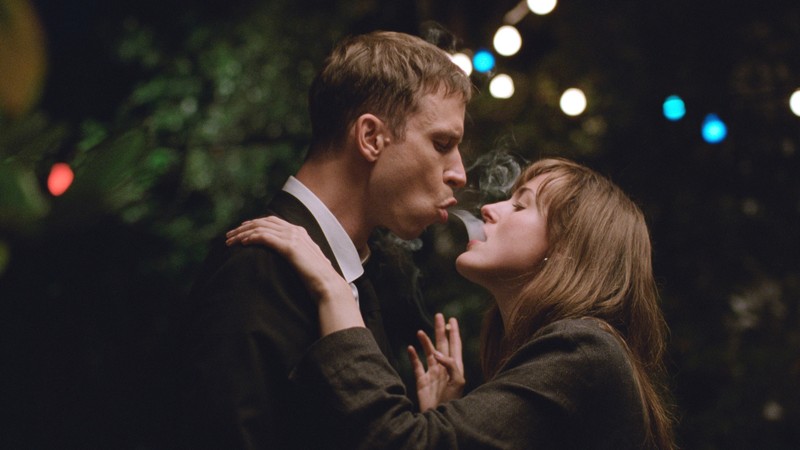 Being young today is different. So says a middle-aged woman to the rapidly approaching 30-year old protagonist Julie (Renate Reinsve) at a casual backyard gathering. In the context of this situation, this is a throwaway comment about the complexities and distractions of the digital age. But on a third watch of Joachim Trier's "The Worst Person in the World", it resonates a prescient thesis statement for the deeply relatable character study that subsequently unfolds.

Indeed, Julie is instantly recognizable as a modern young woman, prone to changing her life trajectory as easily as she changes her hairstyle. When we meet her, she is studying medicine before subsequently dabbling in psychology and then photography. Unsure of her career path, it's hardly surprising that her love life is equally insecure. After striking up a relationship with an older comic artist named Aksel (Anders Danielsen Lie), they quickly realize that they are at contrasting stages of life, particularly when it comes to Julie's hesitancy towards motherhood. As they work through their differences, however, Julie's life is further complicated when she becomes fascinated with another man (played by Herbert Nordrum) with a more carefree disposition.

While the plot outline may suggest otherwise, Trier and Vogt's screenplay pays no heed to the tired tropes of the manic pixie dream girl archetype. Fiercely independent, intelligent and more than a little self-serving, Julie is a fully realized character with a lot on her mind. Indeed, much of the film is reserved for contemplative moments which invite the audience to interpret her myriad inner thoughts expressed through her endlessly searching eyes. Reinsve is truly radiant in the role.

As Julie vivaciously moves through life, the filmmaking is equally dynamic, nimbly moving through the defined chapters as fluidly as its protagonist. Transitioning through extremes of comedy, drama and romance, Trier balances the tonal shifts brilliantly with the aid of the expressive music, moving performances and a perceptive screenplay. Composer Ola Fløttum's score alternately conveys the sweetness of a fairytale, the melancholy of a serious drama and the exuberant energy of a comedy through her up-tempo needle drops and simply expressive melodies. Meanwhile, Reinsve is perfectly matched with her on screen partners. Danielson Lie in especially amazing, as he is grounded and present in every scene, providing the perfect foil for Julie's restlessness. He injects crucial wisdom and gravitas to counter the film's equally necessary humor afforded by Reinsve's playfulness and the narrative's intermittent flights of fancy.

Indeed, some viewers may find Aksel to be the most likable and sensible character in the film. Indeed his traditional views on adulthood are reminiscent of conversations with my parents. But while her unfocused attitude may frustrate some, Trier's keen understanding of her perspective generates empathy for her outlook. Few films are as astute about the dual blessing and curse of the endless possibilities afforded today's millenials. As such, "The Worst Person in the World" feels like an instant touchstone of cinematic stories about my generation.