REVIEW: The Tragedy of Macbeth 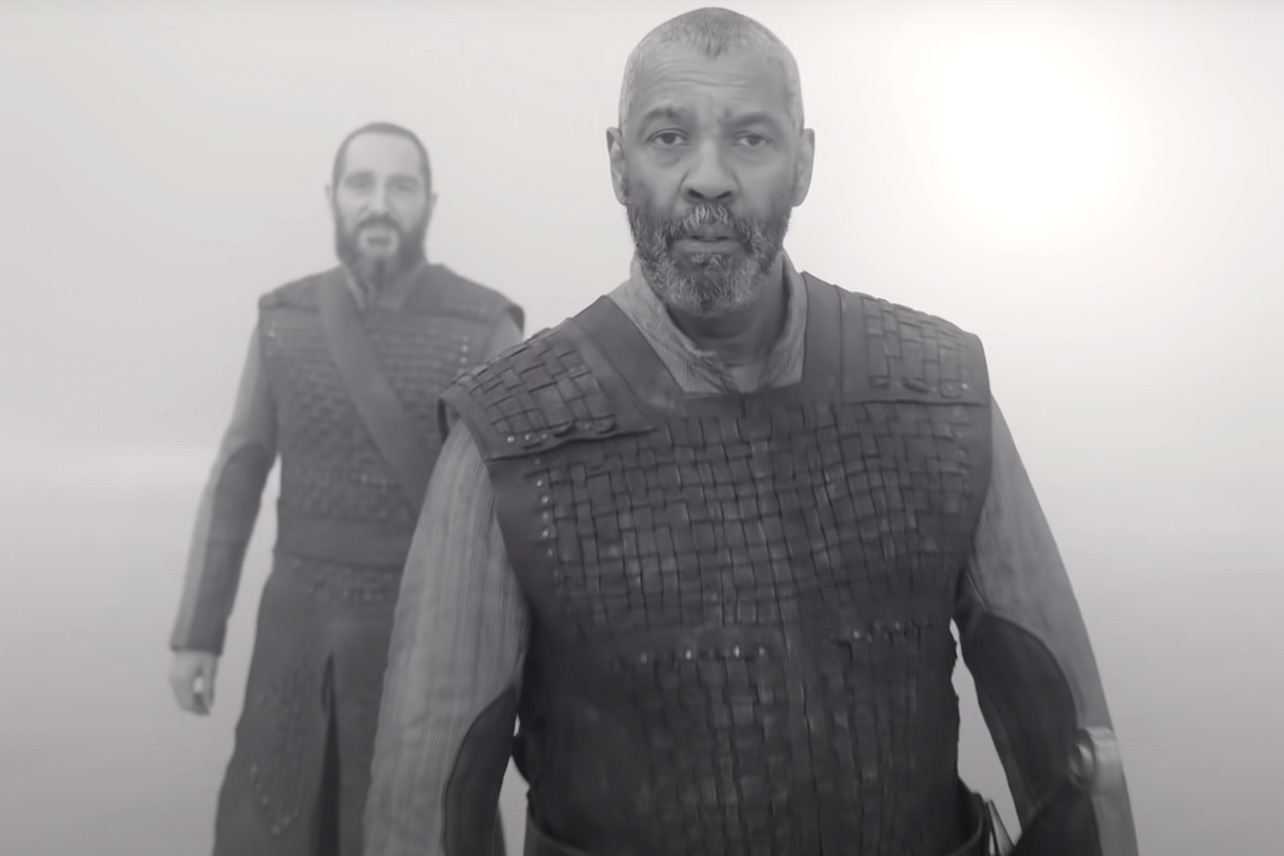 Since the invention of cinema, William Shakespeare's plays have long been a source for adaptations in many countries and languages. "The Tragedy of Macbeth" is one such story that has fascinated filmmakers for its devious characters and sinister plot. With a filmography dedicated to unmistakably American stories, one wouldn't associate director Joel Coen with this medieval drama about a ruthlessly ambitous Scottish lord. But in this rare solo outing for famous Coen brother, he delivers one of the most impressive productions of Macbeth to date.

The story begins in the aftermath of a war, when compatriots Lord Macbeth and Banquo encounter three witches with a premonition. They declare that Macbeth will be King and Bancquo will also father a dynasty of kings. Now with this idea of a prosperous future implanted in his head, Macbeth becomes obsessed with making it a reality. With the support of his equally power-hungry wife (Frances McDormand) the pair devise a scheme to assassinate the King. But their murderous scheme comes at a price for his sanity and physical safety, as violence begets more violence and his guilt overwhelms him.

With iconic quotes that have become repurposed by pop culture, Macbeth's subsequent decent into madness is well known. And Coen wisely maintains the rythmn and eloquence of Shakespeare's words. But this adaptation feels far from stage-bound thanks to the film's stunning visual aesthetic and performances. Coen's longtime collaborator Bruno Delbonnel is in fine form as cinematographer, capturing the shadowy interiors and foggy exteriors with shot compositions to die for. It is handly the best cinematography of the year. Likewise, the production design is simple but evocative, featuring stately gothic arches, towering walls, and seemingly endless hallways. The setting feels at once claustrophobic and grandiose. Altogether the visual design creates the chilling atmosphere for the poisonous corruption to fester.

With the scene set for this tale of paranoia and murderous betrayal, the masterful ensemble further brings forth its themes and emotions. As Macbeth, Denzel Washington makes Shakespeare's dialogue look easy, bringing a tortured realism through every furrowing of the brow, whispered ephiphany and furious cry of outrage. By his side, McDormand's knowing theatricality delights in both the regal poetry of the text and the character's carnal desire for power. Meanwhile, Kathryn is a scene-stealer with her superlative performance as the Witches, giving a contortionist physicality and feral vocal inflections that are simply unreal. The cast is nearly flawless, save for an out of place Ethan Hutchinson, who feels like he arrived directly from the "Queen Sugar" set and stayed in character.

Fortunately, this minor misstep doesn't detract from the overall experience. In the end, there's no denying the artistic excellence on display in Joel Coen's delicious cinematic take on "The Tragedy of Macbeth". Adaptations of this dark tale will come and go, but you won't forget this one anytime soon.