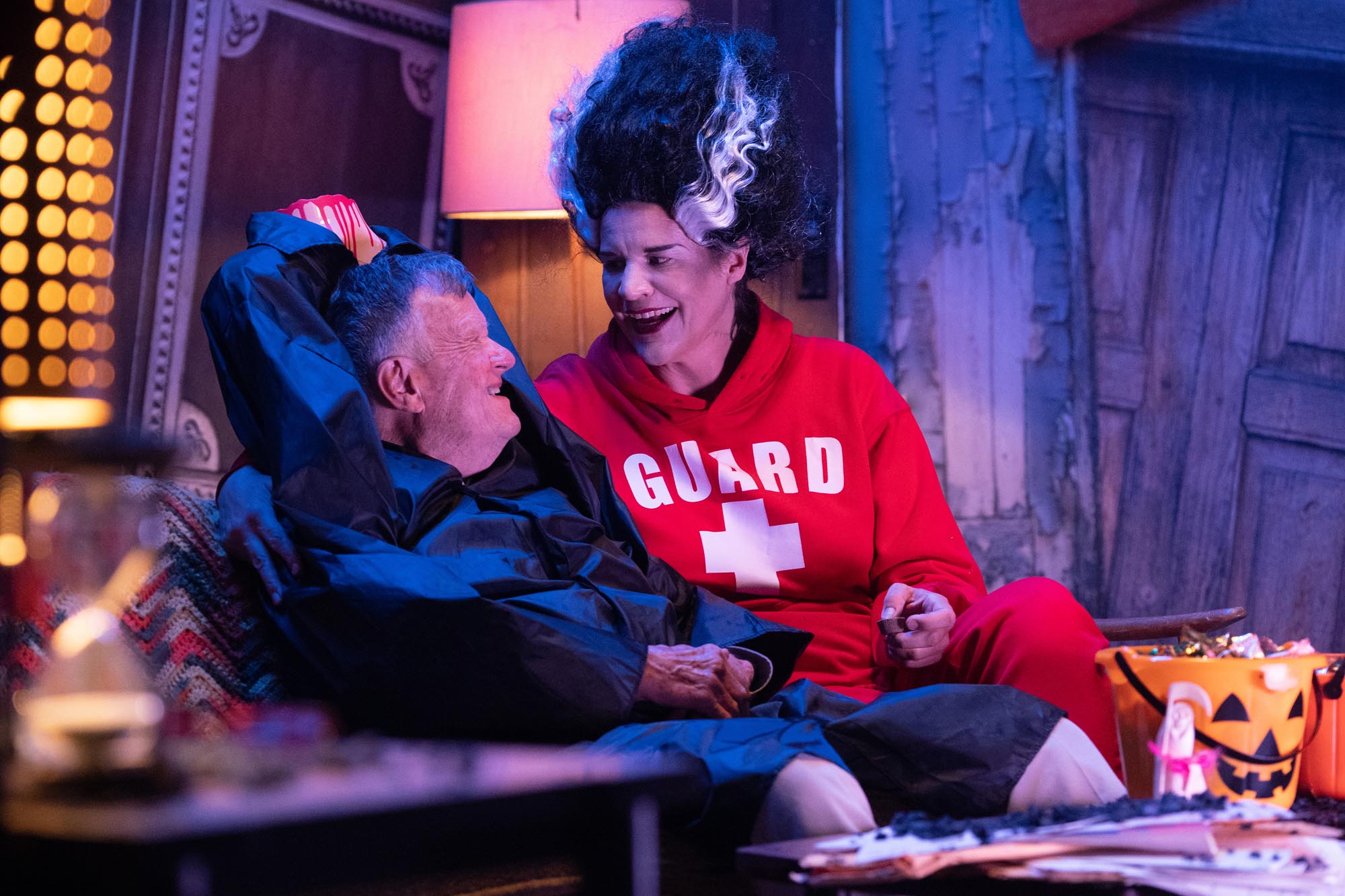 The COVID-19 pandemic is never mentioned in "Dick Johnson is Dead", the latest documentary from cinematographer-turned-director Kirsten Johnson. Yet I couldn't help but think about the virus throughout this extraordinary film that explores aging and mortality. As many of the world's leaders have attempted to offer solace in the fact the virus will mostly prove fatal "only" for older populations, "Dick Johnson is Dead" reminds us that these loved ones are as precious as anyone else.
Much like her previous effort "Cameraperson", Johnson puts an innovative spin on non-fiction filmmaking with this deeply personal work. In collaboration with her otagenarian father (the titular Dick Johnson), she sets out to craft a film to stage his death through an array of imaginative accidents. As she gives us a peak behind the scenes of this bizarre project, we also learn of the debilitating Alzheimer's diagnosis which afflicted Kirsten's mother and now, her father as well. What begins as an irreverent, humorous endeavour, thus evolves into a deeply moving testament to the pain and beauty of being human.
Indeed, "Dick Johnson is Dead" is remarkable in the way it plays to Johnson's distinctive strengths as a filmmaker. Through absurdist death scenes and fanciful visions of the afterlife, she showcases her keen eye as a "cameraperson." Cineastes will certainly enjoy seeing "how the sausage gets made" with body doubles, stuntsmen and fake blood. Meanwhile, everyday conversations between herself and her father - as well as extended family and friends - recall the effortless sense of empathy which made "Cameraperson" such a standout.
Striking this tricky balance between morbid humor and heartrending poignancy is no easy feat, as Johnson plays with reality all the way through to the end. But she is greatly helped by a compelling subject in the shape of her father. With his expressive face and warm personality, you could easily imagine him imparting wisdom and wisecracks alike as a beloved sitcom dad. And indeed, his experiences and outlook add fascinating layers, most notably through heartbreaking memories of his late wife and the hopeful philosophy of his Adventist Christian beliefs.
As we watch the film's adoring father-daughter pair reckon with mortality, the title "Dick Johnson is Dead" proves to be a misnomer. Despite his age and fading memories, there's no denying his wonderful presence in Kirsten's life. In a time of such uncertainty and fear surrounding a deadly contagion, "Dick Johnson is Dead" is a much needed shot in the arm to cherish the life and lives we have now.
Shane Slater at 8:27 AM