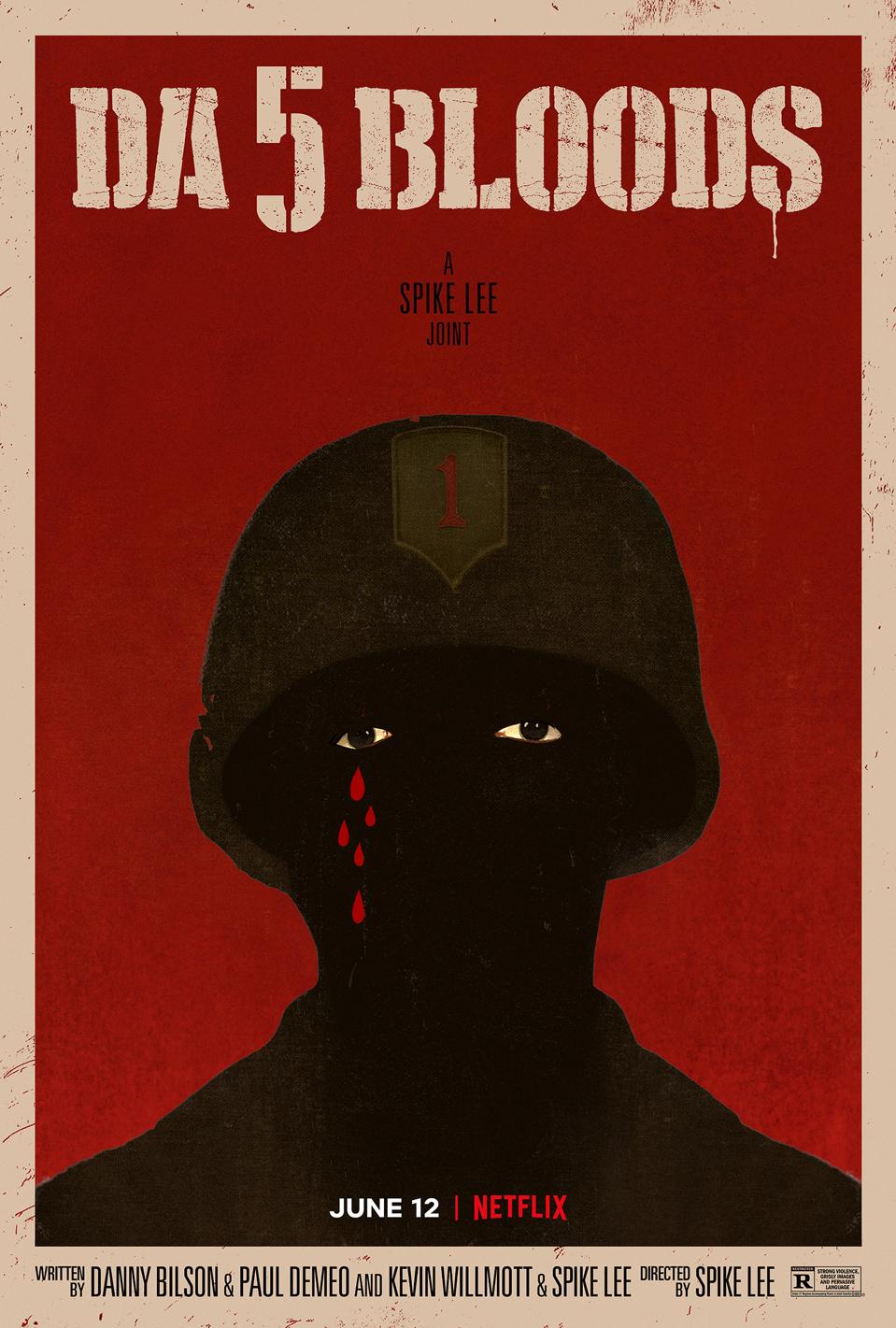 Arriving at an opportune time in the midst of social unrest surrounding the Black Lives Matter movement, Spike Lee's "Da 5 Bloods" is yet another emphatic political statement from one of cinema's foremost truth-tellers. Opening on a montage of archival footage depicting the racial and political tensions surrounding the Vietnam War, this post-war drama comments on the present by digging up the past, literally and figuratively. Its story centers on four African-American war veterans called the Bloods, who return to their former battleground to recover the remains of their fallen squad leader Norman. After decades of trauma surrounding their harrowing experiences, it is hoped that their quest will provide a sense of closure and relief. But the memories of their fellow soldier aren't the only driving force behind their risky adventure. Also buried in the jungle is a treasured bounty of gold which was initially intended to fund a wartime operation, but was instead withheld by the Bloods in the name of reparations for centuries of oppression.

As the men journey to Vietnam , the script explores several ideas relating to justice. As the men reflect on their disillusionment with the racist American society they fought for, they must contend with the lasting pain inflicted on the Vietnamese people. Indeed, many of the film's most tense moments come from angry confrontations between the Bloods and citizens retaliating in honor of fallen relatives. Add a dash of white guilt in the form of an NGO group dedicated to demining the land and it's clear that Lee and his writing team have a lot on their mind.

Translating those ideas into a coherent narrative proves to be slightly unwieldy, however. In particular, the trio of NGO workers seem shoehorned into the narrative without adding much value to the story. Meanwhile, the treasure hunt lacks true suspense.

Instead, "Da 5 Bloods" finds its strongest voice when it focuses on its core theme of brotherhood and its vulnerability in the face of greed. Riding the crest of its soul-inflected soundtrack, the main ensemble - Delroy Lindo, Clarke Peters, Norm Lewis, Isiah Whitlock Jr. - bring the easy chemistry of a shared past stained by varying levels of PTSD. Most notably, Delroy Lindo has deservedly earned Oscar buzz for his tormented role as Paul. Through him, we are reminded of the often forgotten struggle of black soldiers who have served America in disproportionate numbers since the nation's inception.

Also making memorable appearances in smaller roles are Veronica Ng as the sympathetic radio personality Hanoi Hannah, as well as Chadwick Boseman as Norman as Stormin' Norman. Reminiscent of Corey Hawkins' cameo as Kwame Ture, there's a galvanizing power to Boseman's impassioned performance as he makes the case for reparations and the virtues of peaceful black solidarity. While Lee's filmmaking techniques have been deployed to greater effect in previous efforts, the conviction behind these performances and their spoken words reflect a cinematic voice that continues to be desperately needed in American film.
Shane Slater at 11:47 PM