In case you weren't aware, the first phase of awards season is upon us, as the Venice and Telluride Film Festival are in full swing. Indeed, this is the most exciting time of year for any discerning cinephile, as some of the most anticipated films of the year will be premiering at various high-profile festivals. And already, various hot titles like "A Star Is Born" and "The Favourite" are positioning themselves as major Oscar contenders, with many more on the way. Of course, a lot can still happen between now and Oscar night. But for now, hope springs eternal as we await the rest of the year in "prestige" cinema. With that being said, here's a first look at some of the films garnering early Oscar buzz:

Director: David Lowery
Starring: Robert Redford, Casey Affleck, Sissy Spacek
Plot: Based on the true story of Forrest Tucker and his audacious escape from San Quentin at the age of 70 to an unprecedented string of heists that confounded authorities and enchanted the public.

Director: Damien Chazelle
Starring: Ryan Gosling, Claire Foy, Jason Clarke
Plot: A look at the life of the astronaut, Neil Armstrong, and the legendary space mission that led him to become the first man to walk on the Moon on July 20, 1969.

Director: Felix Van Groeningen
Starring: Steve Carell, Timothée Chalamet, Amy Ryan
Plot: Based on the best-selling pair of memoirs from father and son David and Nic Sheff, Beautiful Boy chronicles the heartbreaking and inspiring experience of survival, relapse, and recovery in a family coping with addiction over many years.

Director: Jonah Hill
Starring: Sunny Suljic, Lucas Hedges, Na-kel Smith
Plot: Follows Stevie, a thirteen-year-old in 90s-era LA who spends his summer navigating between his troubled home life and a group of new friends that he meets at a Motor Avenue skate shop.

Director: Steve McQueen
Starring: Viola Davis, Liam Neeson, Robert Duvall
Plot: Set in contemporary Chicago, amidst a time of turmoil, four women with nothing in common except a debt left behind by their dead husbands' criminal activities, take fate into their own hands, and conspire to forge a future on their own terms.

IF BEALE STREET COULD TALK (Nov 30)

Director: Alfonso Cuarón
Starring: Yalitza Aparicio, Marina de Tavira, Diego Cortina Autrey
Plot: A story that chronicles a year in the life of a middle-class family in Mexico City in the early 1970s. 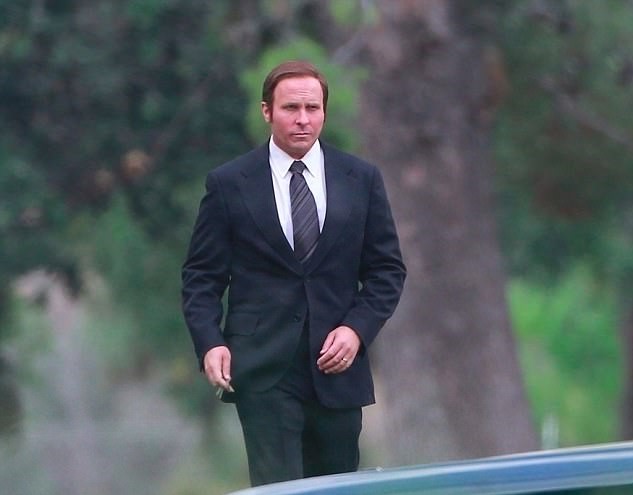 Director: Adam McKay
Starring: Amy Adams, Christian Bale, Steve Carell
Plot: The story of Dick Cheney, the most powerful Vice President in history, and how his policies changed the world as we know it.

Director: Pawel Pawlikowski
Starring: Joanna Kulig, Tomasz Kot, Borys Szyc
Plot: A passionate love story between two people of different backgrounds and temperaments, who are fatefully mismatched, set against the background of the Cold War in the 1950s in Poland, Berlin, Yugoslavia and Paris.

Director: Mimi Leder
Starring: Felicity Jones, Kathy Bates, Sam Waterston
Plot: The story of Ruth Bader Ginsburg, her struggles for equal rights and what she had to overcome in order to become a U.S. Supreme Court Justice


Which films do you think will be Best Picture contenders? Let me know in the comments.
Shane Slater at 11:01 PM