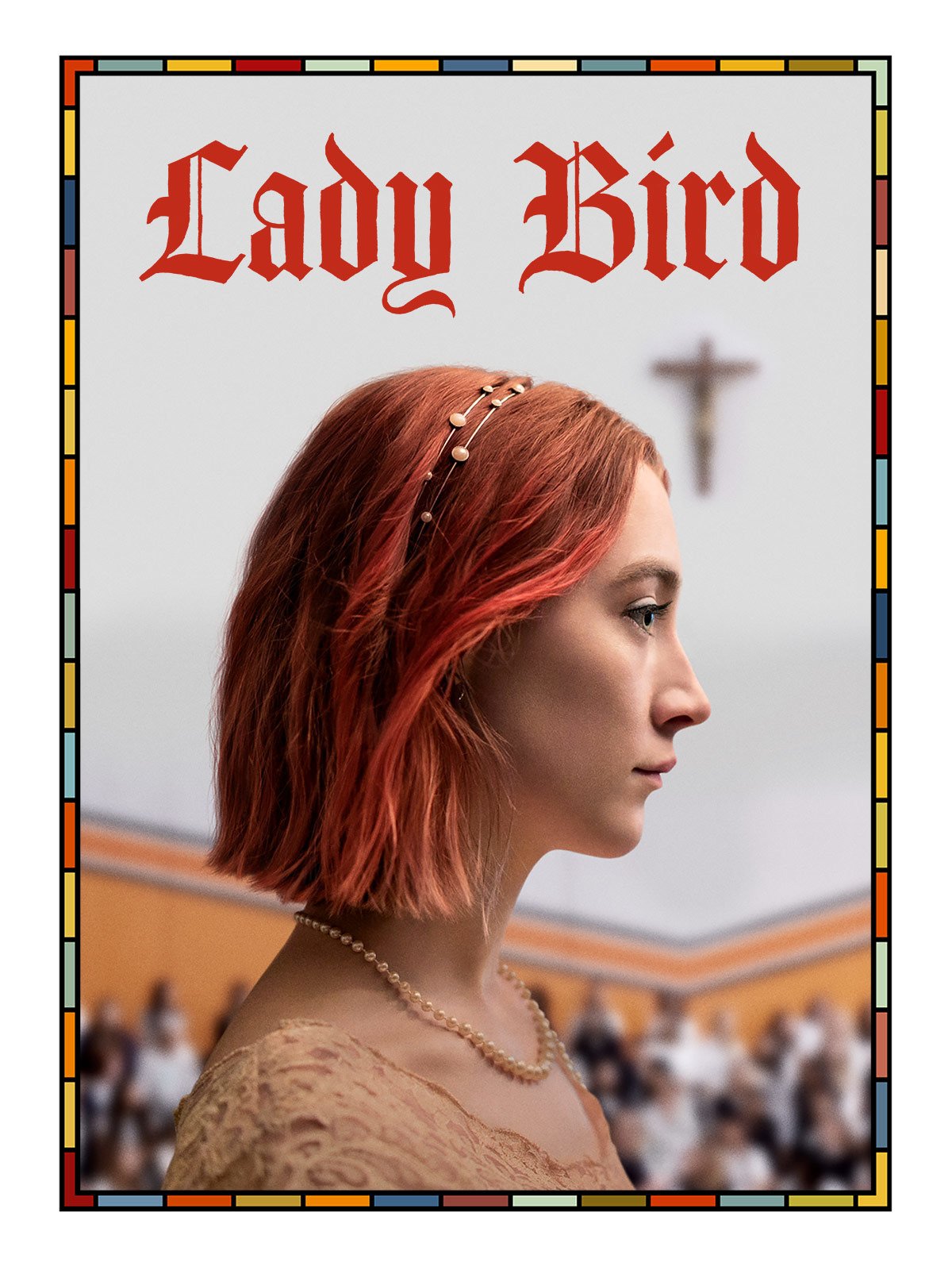 I'll be the first to admit, I was a bit skeptical when Greta Gerwig's "Lady Bird" was first announced. Films directed by actors can be hit or miss, especially when the actor is relatively inexperienced behind the camera. But with her solo directorial debut - she previously co-directed "Nights and Weekends" with Joe Swanberg - Gerwig quickly dismissed all my reservations. "Lady Bird" is simply delightful.

Set in Gerwig's hometown of Sacramento, "Lady Bird" follows the exploits of Christine "Lady Bird" McPherson, a high school senior with big dreams. Living with her parents, adopted brother and his girlfriend, her home life contrasts greatly with that of her more affluent schoolmates. But though they've fallen on hard times, Lady Bird's mother Marion makes every effort to keep her daughter in the expensive private school and the opportunities it provides. This comes at a price however, as her cynical outlook and frugal attitude is at odds with her daughter's lofty ambitions. The pair's combative relationship is just one of the pressures Lady Bird will experience however, as her eventful final year of high school will challenge her ideas about friendship, home, family, sex and her eventually, herself.

Indeed, over the course of the narrative, Lady Bird learns a myriad of lessons that will change her life. In that sense, it provides the familiar pleasures of a coming-of-age comedy. But Gerwig elevates the premise through deft screenwriting, delivering a script that is uncommonly rich without ever feeling didactic or overly self-serious. That it manages to delve into a such extensive thematic territory - the complex love-hate relationship between mothers and daughters, the awkwardness of losing your virginity, the depression of losing your job and more - is all the more impressive for a film that barely runs over 90 minutes.

With a quick pacing that borders on frantic, "Lady Bird" is therefore the rare film that feels like it could have benefited from being longer. The sharp dialogue explores the internal and interpersonal dynamics of its characters with such sincerity and empathy that I almost wished that some scenes allowed for more contemplation. Still, one would be hard-pressed to pinpoint anything lacking in this outstanding script, a deserving contender for Best Original Screenplay.

If nothing else, "Lady Bird" proves that Gerwig is a filmmaker with a distinct aesthetic. It's no wonder that there is so much goodwill towards her as a potential Best Director nominee. Her sense of humor is quirky yet intellectual and her character development is extraordinarily efficient. On the latter note, I was especially intrigued by the way she conveys Lady Bird and her mother's (a brilliant Laurie Metcalf) conflicting perspectives. Gerwig deconstructs the former's faux-intellectualism to poignant effect, while the latter's cynical realism is subtly underlined by an unspoken motherly love. It would be a major surprise if Saoirse Ronan and Laurie Metcalf don't find themselves among the nominees for Best Actress and Best Supporting Actress.

Along with "The Florida Project" and "I, Tonya", "Lady Bird" completes a fascinating trifecta of Best Picture contenders about the struggles facing white working class families. And with its delicate balance of tragedy and joy, it offers the most holistic view of them all. At one point in the film, Lady Bird declares that you can't be "scary and warm". But "Lady Bird" proves otherwise. It never loses sight of the looming threat of poverty and failure facing its characters, while still offering a story that is infectiously buoyant in its underlying optimism and joie de vivre.
Shane Slater at 7:09 PM