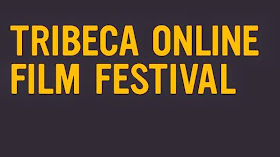 I decided to skip "About Alex" today in favour of more online screenings (don't worry, I'll get into the real screenings tomorrow). Instead of a full-length feature however, I took a peek at two of the shorts. Here are my brief tweet reviews of "Peepers" and "Scratch":

A well-directed short film with an awesome sense of humour. Cleverly plays with tension and suspense. #Peepers

Interesting Irish short with amusing plot points. Doesn't add up to anything spectacular, but the dialogue and acting is solid. #Scratch