This week's Oldie Goldies choice is an iconic silent film - "The Passion of Joan of Arc". This chilling film really puts the "dark" in the Dark Ages! Mario Falconetti is devastating as the title character, giving one of the most accomplished acting performances of all time. She proves that silent acting can be equally as powerful and expressive as the modern spoken form.

"Judge: Has God promised you things?
Joan of Arc: That has nothing to do with this trial!" 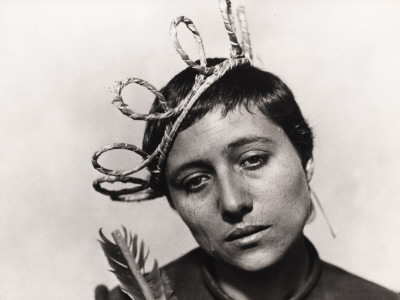 Joan of Arc (Maria Falconetti)
Did you know?
The original version of the film was lost for decades after a fire destroyed the master negative and only variations of Dreyer's second version were available.
Shane Slater at 8:05 AM