Welcome to another edition of Oldie Goldies. The featured film this week is the popular Hitchcock thriller "North By Northwest". This film is a true masterclass in directing, with some stunning shots and a thrilling storyline. It doesn't hurt that it also has 2 fantastic performances by Cary Grant and Eva Marie Saint who light up with the screen with their steamy chemistry. At the Oscars, the film received nominations for Best Art Direction, Best Film Editing and Best Original Screenplay.

"In the world of advertising, there's no such thing as a lie. There's only expedient exaggeration." 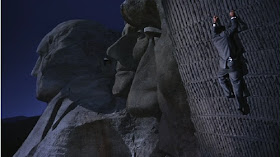 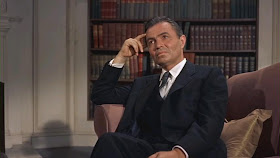 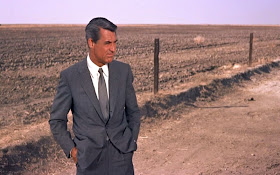 Did you know? Hitchcock often told journalists of an idea he had about Cary Grant hiding out from the villains inside Abraham Lincoln's nose and being given away when he sneezes.
Shane Slater at 8:40 AM