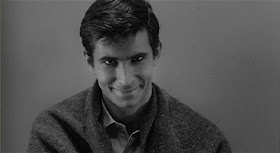 Alex from And So It Begins... is celebrating his 5th "Blogiversary" with a series of fantastic top 10 lists. My favourite so far is his list of "Top 10 Male Performances of All Time". Check out his picks and other great reads from this week:

Alex recently listed his "Top 10 Male Performances of All Time", which includes some of my own favourites.

Shantanu recently dug into Wes Anderson's filmography to do his latest "Profile of a Director".

Nick shows his soft side in revealing his Top 8 Films That Make Me Cry.

The Iranian government recently lead a solo boycott of the Oscars over the recent "Innocence of Muslims" video. Hence, they won't be defending their Foreign Film Oscar win, which Amir addressed briefly in a recent post.

Andy reviews The Third Man, which is his 209th movie for the year!