After a week's hiatus, Oldie Goldies is back with a real American classic - "The Grapes Of Wrath". This bleak portrayal of the Depression era can be a tough sit, but there's no denying its brilliance. The acting, script and cinematography are all remarkable. The film was rewarded with 7 Oscar nominations, winning 2 of them (Best Director and Best Supporting Actress).

"Wherever there's a fight so hungry people can eat, I'll be there." 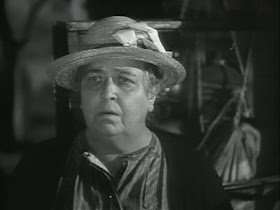 Ma Joad (Jane Darwell)
Did you know?
The movie was banned in the Soviet Union (USSR) by Joseph Stalin after being shown in Poland because of the depiction that even the poorest Americans could afford a car.
Shane Slater at 7:37 PM