And the Oscar goes to... The Shape of Water And there you have it folks, the 2017 Oscar for Best Picture goes to "The Shape of Water". After a topsy-turvy season during which several films laid claim to the throne, it was Guillermo del Toro's fantasy romance film that took the top honor, along with 3 other well-deserved statues for Director, Production Design and Original Score. Overall, the show was predictably political, while the awards winners themselves were rather surprising (for me at least). Shockers included "Icarus" winning Best Documentary and "Remember Me" beating the tailor-made Oscar song "This is Me". But and the end of the day, I couldn't complain much as this year's nominees were a quality bunch. As the cliché goes, they were all winners. But of course, these following honorees felt that champion's feeling more than the others:

BEST PICTURE
The Shape of Water 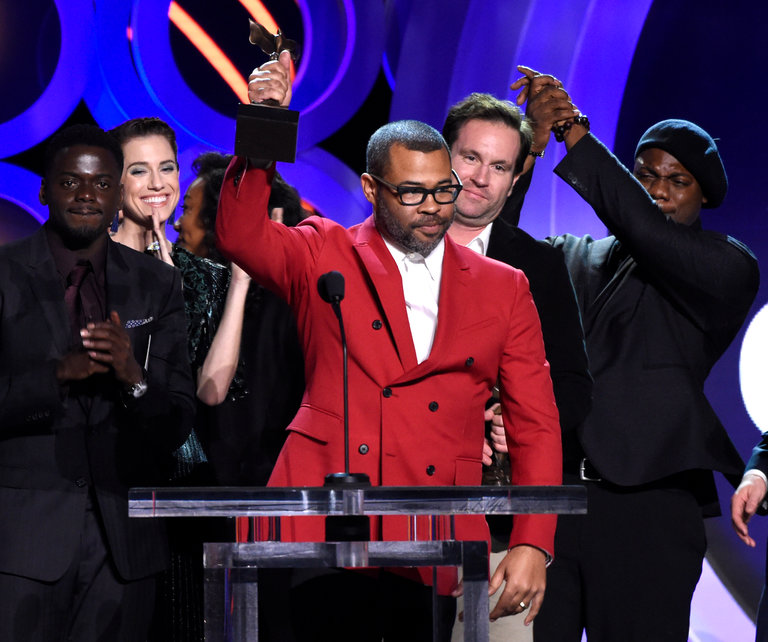 Last night the Independent Spirit Awards were handed out and as expected, "Get Out" was the big winner, taking home the prizes for Best Feature and Best Best Director. Meanwhile, "Lady Bird", "Call Me by Your Name", "I, Tonya" and "Three Billboards Outside Ebbing, Missouri" also had good showings with 2 prizes each. Here is the full list of winners:

Best Feature
Get Out

Best Director
Jordan Peele – Get Out

Best Male Lead
Timothee Chalamet – Call Me By Your Name

The general consensus is that this year's Oscar lineup for Best Animated Feature is one of the weakest we've seen in the history of the category. And having finally seen of the nominees recently, I'd have to agree that there are no masterpieces among then. Here are my quick thoughts on them all:

No Animated Feature Oscar race is complete without a Disney or Pixar film in the running and this time, it's Pixar with the slam dunk contender. "Coco" is the story of a young boy's journey to learn the importance of family, as he aspires to be a musician against his grandmother's wishes. Set in Mexico, his adventure incorporates the folklore surrounding the annual Día de Muertos, as he enters the Land of the Dead to learn the truth behind his family's longstanding ban against music. In typical Pixar fashion, the thoroughly engaging storyline involves dazzling animation and stunning world-building. It may not be Pixar's most ground-breaking premise (Fox Animation's "The Book of Life" beat them to the punch a similar concept), but it's big on heart. This deserving frontrunner is the year's loveliest animated feature. Rating: ★★★★

The field of animation has long been at the forefront of innovative techniques in cinema and "Loving Vincent" is a shining example. Indeed, this gorgeous production brings new meaning to the term "art film". Fully hand-painted by an extensive team of artists, it follows a young man on a quest to learn about the life and death of Vincent van Gogh as he asked to deliver the iconic artist's final letter. Unsurprisingly, the film is a marvel to look at, but it's more than just pretty paintings. Its soul-searching plot explores depression, ambition, love, disappointment and heartbreak with enough depth and human drama to work as a live action feature. And these emotions are conveyed beautifully by the excellent voice cast. "Loving Vincent" is truly an artistic tour de force. Rating: ★★★★

There's an interesting concept behind "The Boss Baby", a Dreamworks production directed by Tom McGrath. In it, an extraordinarily precocious baby becomes a nightmare for a young boy named Tim, stealing all the parental attention away from this former only child. As he is trying to win this sibling rivalry, it turns out that this special "Boss Baby" is on a mission of his own, waging a war against adorable puppies. On paper, one could easily see Pixar turning this is into a masterpiece a la "Toy Story", layering it with insight, humor and pathos. Unfortunately, this film doesn't quite reach those heights, but it's an enjoyable adventure nonetheless with lots of laughs and an affecting coda. It's Pixar-lite, but it's a commendable attempt. Rating: ★★★1/2

We usually expect animated films to provide harmless escapism, but with Nora Twomey's "The Breadwinner" we get a story that feels as achingly real. Though it is set in war-torn Afghanistan, this tale of a young girl's struggle to overcome patriarchal oppression is perfectly suited to the #MeToo movement that emerged in our Western society. In a society where women have no independence or freedom, the film's protagonist displays incredible courage as she disguises herself as a boy to provide for her family following her father's imprisonment. Impressively delving into the various traumas she and her family face subsequently face, "The Breadwinner" delivers a startling dash of social realism with a palpable sense of danger. Yet the film never wavers from her child's perspective, balancing the tone nicely with imaginative fables that mirror our heroine's quest to overcome her obstacles. This heatrending and inspiring film truly deserves to be mentioned alongside the over feminist cinematic triumphs of the year. Rating: ★★★★

Based on a children's book by Munro Lead, "Ferdinand" is an animated film with a important message. It tells the story of a pacifist Spanish bull who would rather smell flowers than fight in the ring, even as the world around him is determined to make him into a violent beast. As he grows up, he tries his best to stay true to his personality, which is conveyed with touching sympathy in the film's opening scenes. Unfortunately, the film proceeds undermine that with over-the-top supporting characters and broad humor. And to be honest, I basically tuned out during the formulaic adventure shenanigans. Indeed, you know the writing is lazy when even a kid would exclaim, "what is this movie's obsession with butts?". Eventually, it gets its non-conformist message across, but I couldn't help feeling cheated out of this story's potential to be a much better movie. Rating: ★★★ 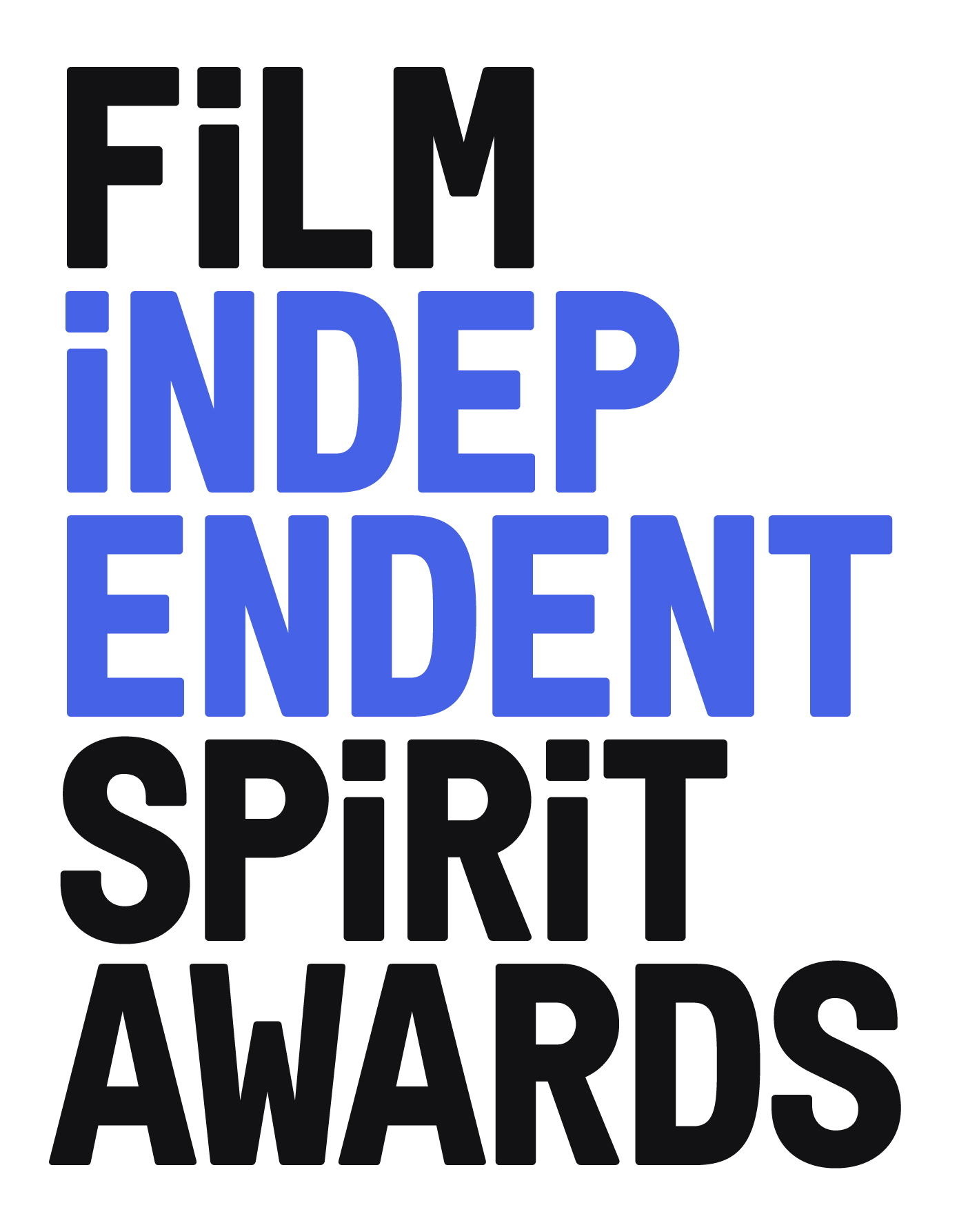 It's the last lap of this exciting awards season as the Independent Spirit Awards sound off on the best in independent film for 2017. This was my 4th year as a voting member and overall, it was definitely one of the strongest set of nominees we've had. With that said, these are the lucky films I'm expecting to come out on top tomorrow:

Best Feature
Get Out

Best Director
Jordan Peele – Get Out

Best Male Lead
Timothee Chalamet – Call Me By Your Name

Best Supporting Male
Armie Hammer -Call Me By Your Name

Elder abuse, interracial romance, family drama. These are some of the fascinating topics covered by Laura Checkoway’s Oscar-nominated documentary short “Edith+Eddie“. This bittersweet true story about America’s oldest interracial newlyweds is certainly one of a kind. Recently, I spoke with Checkoway about her experiences and the insights garnered from making the film. Below is an edited version of our conversation.

We’ve seen numerous accounts of acts of terror adapted for the big screen before, but Reed Van Dyk’s “DeKalb Elementary” brings something different to the table. Nominated for the Best Live Action Short Oscar, this harrowing drama depicts the events surrounding an aborted school shooting. It is an incredible true story that was captured on a 911 call placed by the brave receptionist who calmly negotiates with the shooter. The scenario therefore required an uncommonly empathetic approach to a hot-button issue. In a recent interview with Van Dyk, we discussed how casting and tone were crucial in the making of the film. Below is an edited version of our conversation.

The subject of Jeff Unay’s documentary “The Cage Fighter” is a man named Joe Carman. He is a blue-collar worker who earns a living as a plumber and boilermaker, residing in the Seattle area where he and his wife raise their four daughters in the suburbs. In many ways, he is literally an “average Joe”. But through Unay’s filmmaking lens, he becomes a troubled star in the dramatic true story of his life.

REVIEW: Mary and The Witch's Flower

Hiromasa Yonebayashi’s “Mary and the Witch’s Flower” may be far from a perfect film, but there’s no denying that it opens with a bang. Its opening sequence sees a young girl executing a breathless, high-flying escape aboard a broomstick. It’s a sign of things to come, as this anime film concocts a magical tale.