HIT ME WITH YOUR BEST SHOT: Bonnie and Clyde 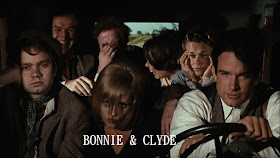 This week on Hit me with your best shot, we looked at a bonafide classic – "Bonnie and Clyde". The entertaining film created 2 iconic characters, played by 2 of the biggest movie stars of their generation (Faye Dunaway and Warren Beatty). The film also features an amusing supporting cast, all memorable characters in their own right (the entire Barrow gang was Oscar-nominated!). I initially didn’t remember "Bonnie and Clyde" for its cinematography, but it really is nicely lensed and well crafted. I had many shots to choose from. This is my 2nd time watching the film and I was again fascinated by the relationship between the title characters. Unlike many other films, this love affair was not founded on a sexual basis (although there was a lot of lust between the pair). My favourite shot therefore comes from a scene that highlights this. 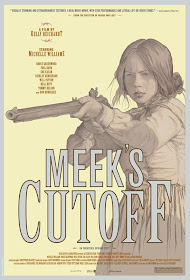 This film was incredibly boring. I regretted watching it. I could see some potential there, but the story really needed some life.
Shane Slater at 11:17 PM 2 comments:

MOVIE OF THE WEEK: Secrets & Lies

"Secret and Lies" is the brilliant Mike Leigh at his best. This intimate family drama is mostly a series of expertly written 1-on-1 conversations, each of them Oscar-worthy on their own. The film features some of the finest individual and collaborative acting you will ever see, as Leigh creates fully-developed, well-defined characters. These personalities were so amazingly authentic that you really couldn’t tell that they were acting. For example, Marianne Jean-Baptiste fully epitomized the educated British West Indian (it was eerie how much she reminded me of my cousin). The film culminates in a fascinating family birthday party where all the secrets and lies are revealed. Despite the intimidating running time and the sometimes excessively melancholy music, I highly recommend this film.
Shane Slater at 4:23 PM No comments:

With "The Hunger Games" killing at the box office this weekend, it's clear that original stories can still attract audiences. Unfortunately, sequels and re-hashing of old stories still dominate the major releases. This year we have not 1, but 2 Snow White films coming our way. Early word is that "Mirror Mirror" captures the wit that made the Shrek films so successful, while the latest "Snow White and the Huntsman" trailers look quite promising. Mirror Mirror hits theatres this coming Friday.

HIT ME WITH YOUR BEST SHOT: Ladyhawke

The Film Experience’s “Hit me with your best shot” series is back for another season! To kick things off, we looked at 1985’s Ladyhawke. I must admit, I had never even heard of this film before, but that’s what I love about this series. While I was watching, I found the film slightly weird. It’s very much an 80’s movie, particularly the score and the sound effects. At first, I was confused by the film’s strange obsession with the hawk, the sun and the moon. Of course, we later find out that it all has a purpose.
I went into the film expecting it to be more action-oriented. However, the swordplay was really just a smokescreen for the romance. I was particularly struck by the sentimentality of the men in the film. Hence, my favourite shot attempts to highlight this.

MOVIE OF THE WEEK: We Bought A Zoo 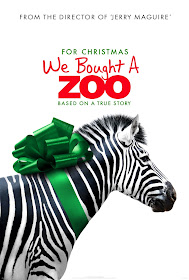 Aww, what a sweet film. Call me a sap, but I really enjoyed watching this. "We A Bought A Zoo" is a nice family film that makes you happy. Yes, the Jonsi soundtrack seems engineered to milk the emotions. But, sometimes, you just have to relax and enjoy a heartwarming tale about wonderful people. We tend to only praise movies with villains and abhorrent characters because of their "truth". In reality, there are also a lot of truly nice people, and the entire cast do a fine job at celebrating this. If you leave your cynicism aside, I can’t understand why people outright hate this movie.
Shane Slater at 7:23 PM No comments:

MOVIE OF THE WEEK: The Skin I Live In 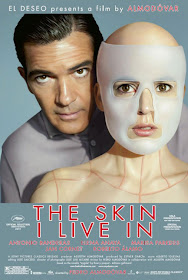 "The Skin I Live In" is my favourite film by Pedro Almodovar. Although it doesn’t stray too far from his usual themes, I found it to be his most accessible and enjoyable film. Since I had seen many of his films, the eroticism and plot twists didn’t really grab me. However, I was engaged by the artistic visuals and music. Overall, it’s good ol’ pulpy entertainment.
Shane Slater at 7:28 PM No comments:

Earlier on Oldie Goldies I was introduced to 1937 version of "A Star Is Born". This week, I highlight the more famous 1954 remake starring Judy Garland. Director George Cukor gives his unique spin on this great story, adding a musical touch and a true celebrity lead in Judy Garland. As expected, the film received a fair number of Oscar nods (Actor, Actress, Art Direction, Costume Design, Original Song and Score), but missed out on Best Picture. "Wuthering Heights" is a tough sit. It’s all style and no substance. The script was a bit too thin for my liking.
Shane Slater at 8:05 AM 3 comments:

MOVIE OF THE WEEK: The Grey 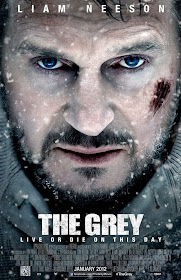 Surprise, surprise…sometimes good movies are released in January. "The Grey" is a proper thriller, well-directed by Joe Carnahan. The situations captured in this film had me downright queasy. Some of those camera angles were sick! To top it off, Liam Neeson was fantastic. A bit more background story of the lead character would have been nice, but the film is satisfying just as it is. I’m now completely convinced that I would chicken out and give up if I found myself in this situation.
Shane Slater at 12:15 PM 1 comment:

Call me a prude, but this film really didn't need to be made. I feel like a little part of my soul was being damaged while I was watching this. I can deal with very bleak, violent films, but this one crossed the line in its brutality. Strangely enough, I can understand why people would appreciate this film (it really is well-directed, well-shot and well-acted). It's like the greatest movie and the worst movie at the same time. Personally, I just couldn't get over the distasteful core of the story.
Shane Slater at 9:54 AM 2 comments:
‹
›
Home
View web version