Most of the summer blockbusters have been released, so you know what that means. It's time for the Oscar season to begin. The first film in this season's Oscar Watch is - "Harry Potter and the Deathly Hallows: Part 2". After 10 years, this highly successful film series has finally come to an end...and what a thrilling end it was! I think the quality of the "Harry Potter and the Deathly Hallows: Part 2" is due to the many years spent perfecting the craft. The acting and the overall production value were first-rate. I definitely enjoyed the film, but I still wanted more. Maybe it's the fanboy in me that wanted this to be longer. Otherwise, I have no complaints. Now, there's some talk around the blogs of a possible Best Picture nomination. I'm not convinced, as I really can't see Academy voters going for this, especially with the new rules. I do think they will honor it with a bunch of nominations (and maybe wins) in the technical categories though. I would say it's a lock for nominations in Art Direction and Visual Effects. It may also get nods for Cinematography, Original Score, Sound Mixing and Sound Editing.
Shane Slater at 10:54 AM 5 comments:

This film really tested my patience. The visuals were absolutely stunning, but after a while I got tired of the endless shots of spacecraft floating through space. The opening “Dawn Of Man” section was fascinating and the final sequence was cool. Apart from those parts however, I just couldn't get into it.
Shane Slater at 3:32 PM 5 comments:

This is the first edition in a new series called "Oldie Goldies", where I will highlight great films from the pre-1960's era (also known as the "Golden Age of Hollywood") that I love. Each week or so, I will focus on one film and look at the various aspects that make it so special. The world of classic cinema was quite new to me, as my immature young tastes caused me to avoid them. Alas, I have been enlightened! First up is a childhood fave - "Lady and the Tramp".

MOVIE OF THE WEEK: The Graduate 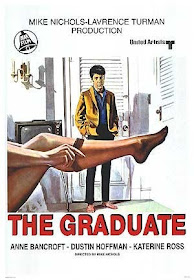 "The Graduate" is an excellent film that is well-crafted in all aspects. It’s anchored by an impeccable screenplay that really rang true for me (apart from the crazy affairs of course). I’m sure many of us can relate to that post-graduation slump where you just wanna vegetate for the entire summer. Of course, your well-meaning pushy parents are there to constantly pressure you, constantly asking “What are you going to do with your life?”. I loved all the characters, particularly Mrs. Robinson who I both empathized with and loathed through various points of the film. Of course, I must mention the star-making performance by Dustin Hoffman as the title character. He really breathed life into the role. Finally, I liked the camera-work and the eclectic Simon & Garfunkel score which gave it a nice 60's touch.
Shane Slater at 8:39 AM No comments: This film was completely unnecessary (as sequels usually are). The story was just so bland. It lacked the chilling atmosphere and genuine thrills that the first 2 films had in spades. The visual effects were also terrible in some scenes, like unfinished CGI. Really felt like a straight-to-video release to me.
Shane Slater at 4:20 PM No comments:

HIT ME WITH YOUR BEST SHOT: Rebel Without A Cause

This week's entry is the season finale of the Hit me with your best shot series and I was introduced to yet another famous film – Rebel Without A Cause. The title couldn’t be more perfect, as the film really got me thinking about my teenage years and the silly things I did just for the sake of rebellion. Seriously, two people ended up dying because someone got called a chicken! I’m sure many of us can remember how melodramatic we were at that age, hating our parents for no reason, and feeling the weight of the world on our shoulders. Yes, the 3 main characters did have some minor problems at home, but they had food, clothes, shelter and loving parents (except for Plato maybe). But teenagers still find a reason to be angry. Like Judy’s mom says “it’s just the age when nothing fits”. The movie also shows how vulnerable we are at this age, as we are so easily influenced by our family and our peers. I was particularly intrigued by the development of the friendship between Jim (James Dean), Judy (Natalie Wood) and Plato (Sal Mineo) throughout the course of the day. Hence, my favourite shot my focuses on these characters.

MOVIE OF THE WEEK: Strictly Ballroom

"Strictly Ballroom" is an infectious little film by the colourful Australian director Baz Luhrmann. In his directing debut, Luhrmann already showcases his skill at filming the theme of love and his impeccable ear for music. His love of music and the performance arts in general shines through in every film he makes. I’ve now seen all of his films (there are only 4) and this is actually my favourite one. If you like dance movies, I guarantee you’ll have a great time with this one.
Shane Slater at 11:44 AM No comments:

HIT ME WITH YOUR BEST SHOT: Aliens 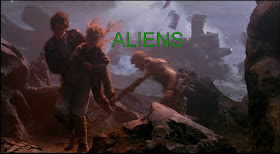 This week on Hit me with your best shot, we checked out James Cameron’s action/horror/sci-fi/thriller classic “Aliens”. However you categorize it, it’s great entertainment. I must confess, I had avoided the Aliens quadrilogy until now (I’m not a big fan of horror films). In preparation for this, I watched “Alien” and was so affected by it that I had nightmares that night! These films were major achievements in visual effects (winning that Oscar for the first 2 films and getting a nod for the 3rd) with some of the ugliest, scariest monsters ever put on screen. Halfway through viewing this 2nd installment, I checked the time and was shocked to realize that there was still more than an hour of frightening thrills left (there are just so many frickin aliens to kill!). In true James Cameron style, the film delivers virtually non-stop action up to the very end. The man is really an expert as this stuff, as there are some really awesome shots throughout, managing to find the beauty amidst all the mayhem.

MOVIE OF THE WEEK: About A Boy 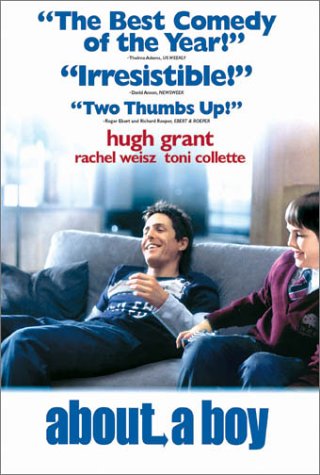 Absolutely LOVED this movie. One of the most charming films I have ever seen. The chemistry between the 3 main characters (Hugh Grant, Nicholas Hoult, Toni Collette) is amazing. The three of them gave awards-worth performances in my opinion. The script is really brilliant, you can tell that it’s based on a well-written novel. Outrageously witty in the true British style, with some heartfelt, sentimental moments as well. There are so many layers to each of the characters. It was so intriguing to watch. I didn't want this film to end.
Shane Slater at 9:16 AM No comments:

HIT ME WITH YOUR BEST SHOT: Rocco And His Brothers 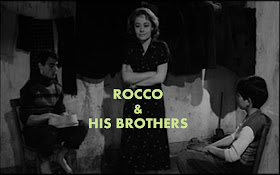 This week on Hit me with your best shot, we watched a great Italian film called “Rocco and his brothers”. As the title suggests, the film focuses on the Pardoni brothers (Rocco, Simone, Vincenzo, Ciro and Luca) and how their lives are affected by the beautiful prostitute Nadia. To me, Nadia was the most fascinating character. She was also greatly impacted by her relationships with the brothers. I wish she had even more screen time. Hence, my favourite shot highlights her character.

When we first meet Nadia, we are instantly hinted at her man-eating ways. She teases Vincenzo with a kiss, barely a minute into their first conversation. She starts off as a confident seductress, but as she gets involved with the brothers she becomes increasingly vulnerable and fragile, leading to her ultimate demise. As was the case with the similar character of Blanche DuBois (A Streetcar Named Desire) earlier in this series, this tough outer shell eventually breaks down.

MOVIE OF THE WEEK: In The Mood For Love

Kar Wai Wong's “In the mood for love” surprised me greatly. I had seen his other critically-acclaimed film “Chungking Express” and I actually gave it a rotten tomato tag. Interestingly enough, I really liked this one. I was captivated by the story, the characters, the costumes and the music. It was all perfectly assembled. The film as a whole is delicate and restrained. However, when the 2 main characters are together, the camera work and music really project a slow-burning tension. The actors were really tremendous, as they showed that on-screen chemistry doesn't have to be visibly fiery and passionate. Arthouse cinema at its best.
Shane Slater at 2:24 PM 1 comment:
‹
›
Home
View web version